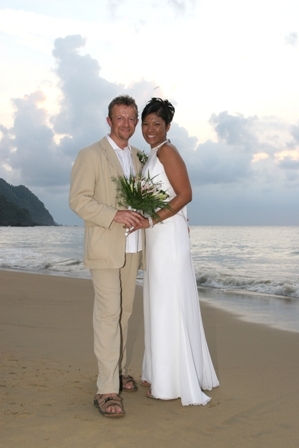 Lisa had tried on the exact skirt she wanted but didn’t like the material it was made in.  The neckline had to be a halter neck.

We spent about an hour trying on different tops that she liked and all three of us (her best fried Helen was also there to give her views) decided that a small band around the neck with the fabric going sharply to the underarms was best.

We worked on the neckline shape whilst the bodice was still a toile and just sharpened the final look during the last fittings. 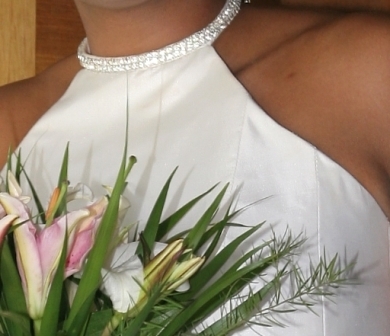 Lisa had her heart set on floaty 'tails' coming from the back halter neckline which would be as long as her train.

As her wedding was to take place on the beach in Tobago she had a picture in her mind of the tails floating in the sea breeze.

She had a diamante clip she wanted to use at the back neckline for the top of the chiffon tails.

The final touch was to add similar diamante stones (but smaller) around the neckline band and also the bottom of the bodice. 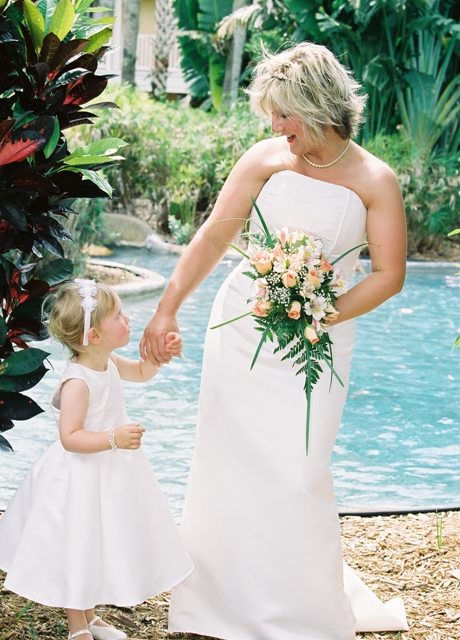 Bev got married in Florida and wanted her daughter Leah to have her dress made in similar fabrics to her own.

Leah wouldn't remember much about the actual wedding but the dress would be a nice keepsake for her and would bring the photos alive when she was older. 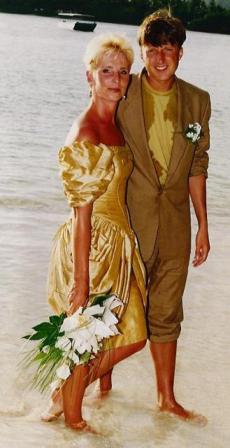 Gail wanted an antique gold for her dress and as her ceremony was to be on a beach she wanted a short dress which she may be able to wear again.

The dress still had to have style and be special.

The sleeves match the "panniers" on the skirt.

We used lacing as a feature on the centre back and front of the bodice.  All the internal boning was overstitched to give figure definition. 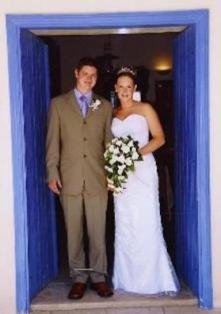 Lindsay's wedding was to be in Cyprus in September, so it would be warm!

She wanted a straight style but with plenty of room for walking along the cobbled streets in between the church and restaurant.

So the skirt went out from under the hips at the centre back into a small manageable train.

The neckline suited her perfectly and the bodice was overed in an embroidered orgnaza which was beaded with crystals to shine in the sunlight. 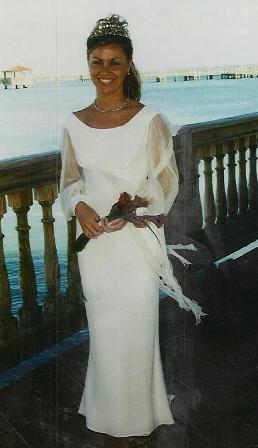 Maria’s wedding was in Malaysia, she wanted a simple style that had long sleeves.

As it would be warm, the sleeves were in chiffon, but I also made them detachable so once the ceremony was over and the partying began they could be removed.

She chose a crepe material which is well known for not creasing – as soon as you hang it up it’s weight helps the creases to fall out. 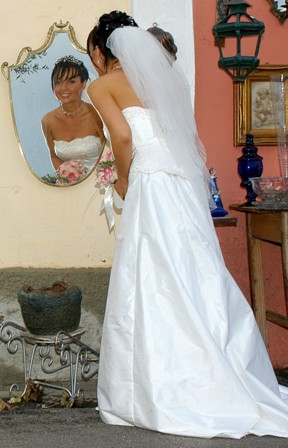 Louise's wedding was in Positano in Italy.  I  think you are best to travel with your dress as hand luggage then it is with you all the time and is kept at room temperature too.

As you can see her dress had quite a full skirt so to enable her to pack it we crushed all her net underskirts down into a manageable size folded the skirt into a series of pleats and rolled is to minimise creasing.

Unpack your dress and hang it up in the bathroom, turn the shower on hot to get the room steamy and then hang in a doorway with the window open.

With the warm air blowing through you have "tumble dried" your dress, an effective way of getting rid of most creases.